Why Cryptocurrency Should be Regulated 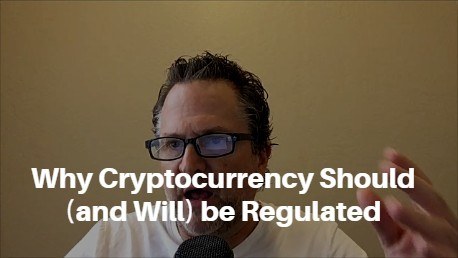 Anyone involved in finance, the stock market, home-based business and hell…even the regular ‘Joe’ walking down the street is probably now familiar with Bitcoin and Cryptocurrency.

The metoric rise of this digital phenomenon really started in 2009 with the creation of Bitcoin. Since then hundreds of ‘Crypto-Coins’ have flooded the market with most of them being nothing more than ponzi-schemes.

Then in early January of 2018 there was a sizable crash.

Why Cryptocurrency Should be Regulated [VIDEO]

As of this writing many of the top Cryptocurrencies have rebounded to a degree but the sheer volatility of this new technology has everyone chiming in with their opinion of it’s future:

“Physically it is produced with a lot of power, a lot of capital and a little bit of labour, very similar to oil.

“Think about having one guy on an oil rig producing a lot of oil from a lot of capital.

“If you think about its ability to be used as gold or precious metals, one thing that separates it from other commodities is it’s very low cost to store and very easy to conceal.

Jamie Dimon, CEO of JPMorgan Chase: “It’s creating something out of nothing that to me is worth nothing,” Dimon said of Bitcoin last month. “It will end badly.”

Warren Buffett, CEO of Berkshire Hathaway: “Stay away from it. It’s a mirage basically,” Buffett said of Bitcoin on CNBC in 2014.

It has to…if it wants to be taken seriously in the financial world.

Fraud in this space is running rampant (read this) and now South Korea is about to ban anonymous Cryptocurrency trading to create more transparency.

There’s too many ways for ‘bad actors’ to manipulate it for their own devices for it to succeed without regulation.

These reasons (and more) are exactly why it will become regulated.

And that’s a good thing.

When and WHY You Shouldn’t go to Company Events